Question: any assistnce is very much appreciated coding with very basic...

Any Assistnce is very much appreciated. Coding with VERY BASIC PLP 5.2.

In this project, you will be writing a program that receives a string of characters via the UART, checks if this string is a palindrome, and then uses a print function to print either “Yes” or “No”. A palindrome sequence of characters (typically a word or phrase) that is the same both forwards and backwards. For this project, strings will be terminated using a period (‘.’). You may assume that a string will contain at least one character in addition to a period. You will not need to handle empty strings or strings with only a period. Your program should be able to handle multiple strings sent one after another or concatenated together. For example, the string: “abba. data.” should print “Yes” followed by “No” on the next line. Spaces should be ignored when checking for a palindrome and the palindrome should not be case sensitive. For example, “A nut for a jar of Tuna.” would be considered a palindrome.

A skeleton PLP project file is available to download on Blackboard. The PLP project includes a second ASM file titled, project3_print.asm. This ASM file contains the print function used in this project. PLPTool concatenates all ASM files within a PLP project into a single location in memory (unless additional .org statements have been added to specify different location for code). No changes to project3_print.asm should be made.

There are two strategies I would recommend for saving your string in in memory and checking to see if it is a palindrome. The first would be to use only an array and keep a pointer (a register containing a memory address) for both the first element in the array (commonly referred to as a head pointer) and last element in the array (commonly referred to as a tail pointer). As you add elements to your array, update your tail pointer so that it moves to the new last element in the array. When you have reached the end of your string (a period has been received), you can perform your palindrome check comparing the characters your head and tail pointers point to and, if they point to the same character, move them both inwards towards the center of your array. If the pointers cross and all the characters were the same, your string was a palindrome. The second strategy would be to use an array, treated as a queue, and the stack. You can traverse the array from the start (the first character saved) to the end (the last character saved) while simultaneously popping characters off the stack. The queue will give you the string forwards and the stack will give you the string backwards.

For both techniques I described above, keep in mind they are simpler if you perform some conditioning to the characters you receive before saving them. For example you don’t need to save spaces in your data structure(s) since they can be ignored and the comparisons are simpler if, when first receiving character, you convert them all to the same case (either all upper or all lower) before storing them. That way you won’t need to write logic that indicates things like “A” == “a” and “A” == “a”.

2. Submit your program on Canvas with the format: Firstname_Lastname_project3.plp (21 points) 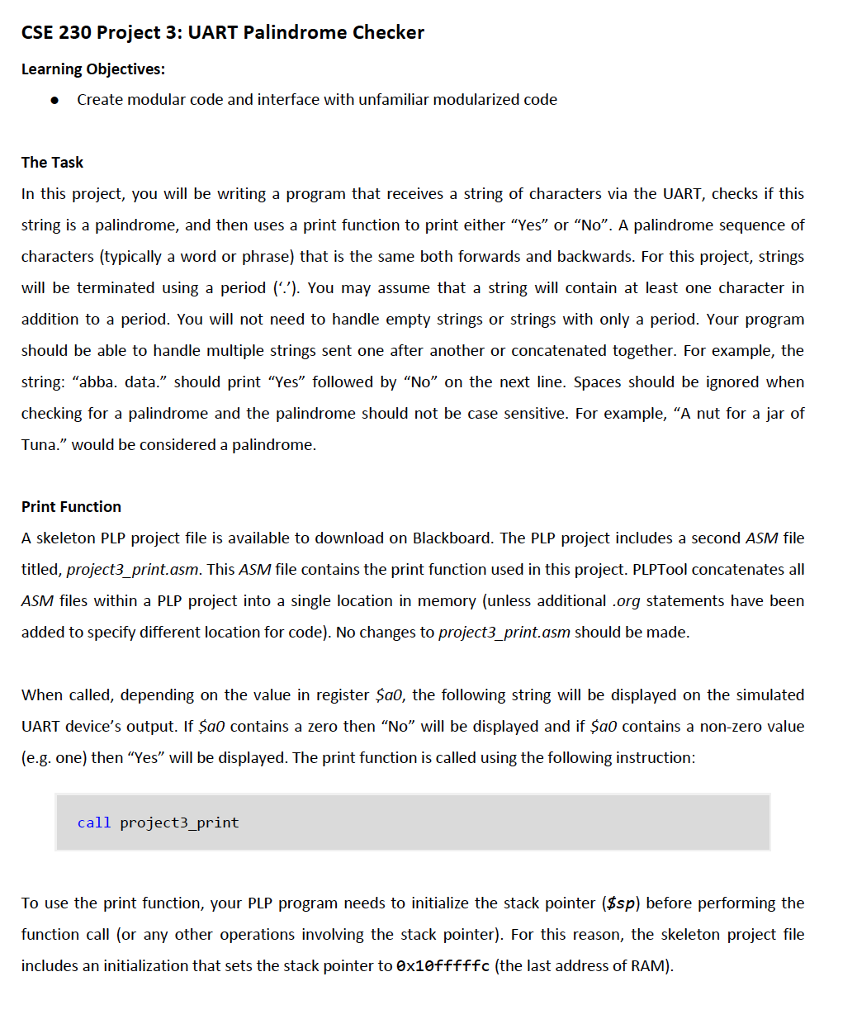 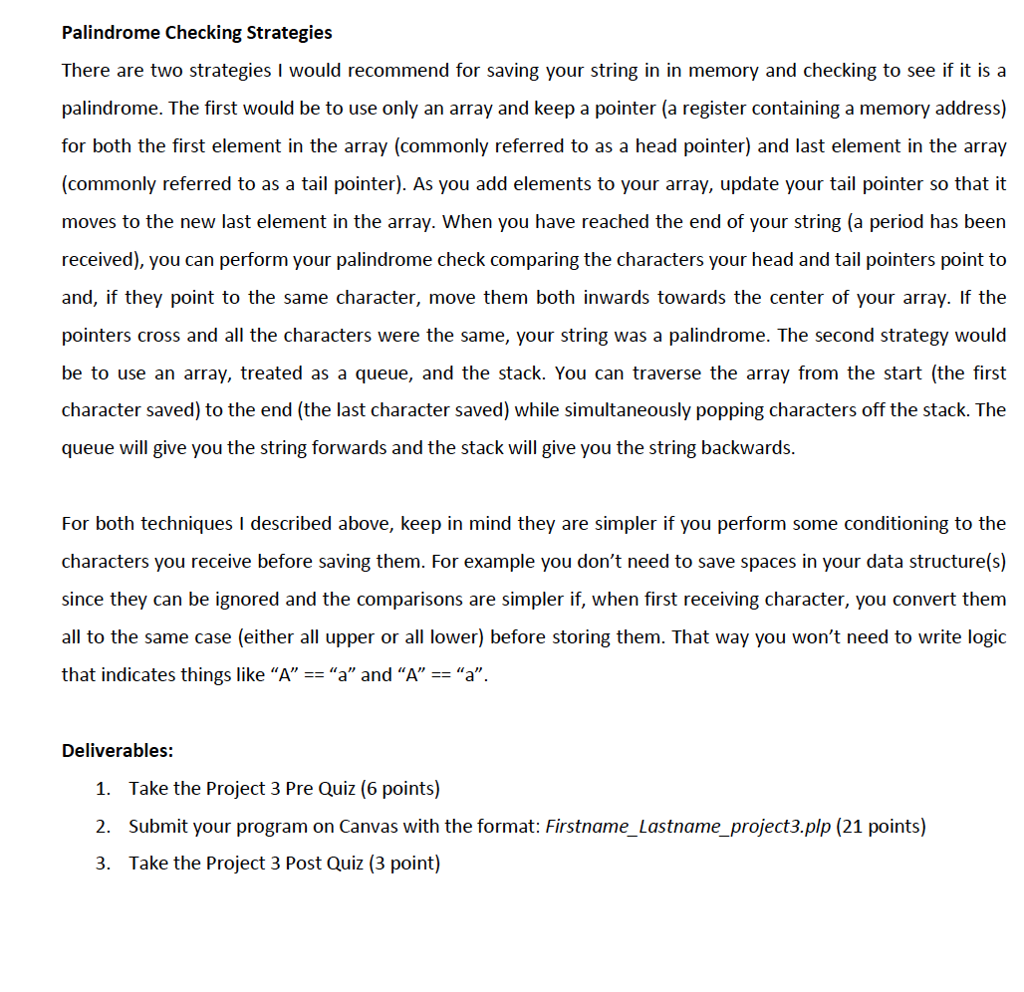