Demand for Aqualock products has increased so rapidly that the manufacturing facility is constantly under pressure to increase output around the clock. Customers and sales personnel in the field often call the home facility to determine estimated lead times for prospective orders and estimated delivery times for existing orders. In response, production foremen have increasingly emphasized to employees the need for increasing output to meet demand.

In late 1977, George Thrall began experiencing a new problem, an increase in customer complaints about the quality of shipments being received. George decided to add a quality control analyst to the Aqualock staff in hopes of finding and correcting the sources of customer dissatisfaction.

In his first two weeks the quality analyst uncovered some data that a production foreman had recorded two years previously. 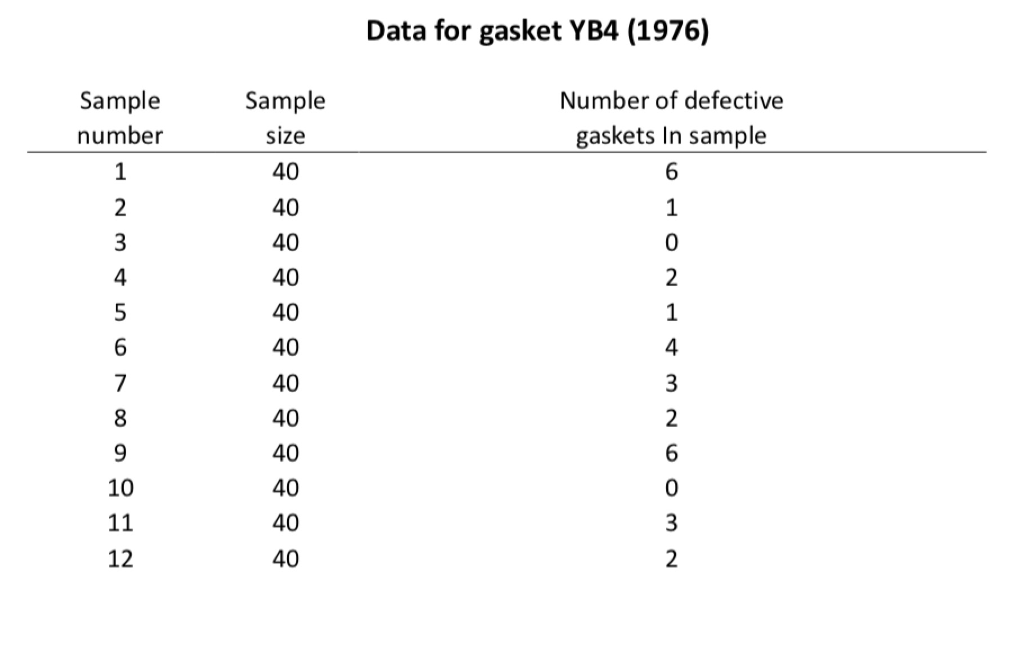 The analyst began gathering data on current production of the same gasket. Samples were taken once each day for five consecutive work days with these results. 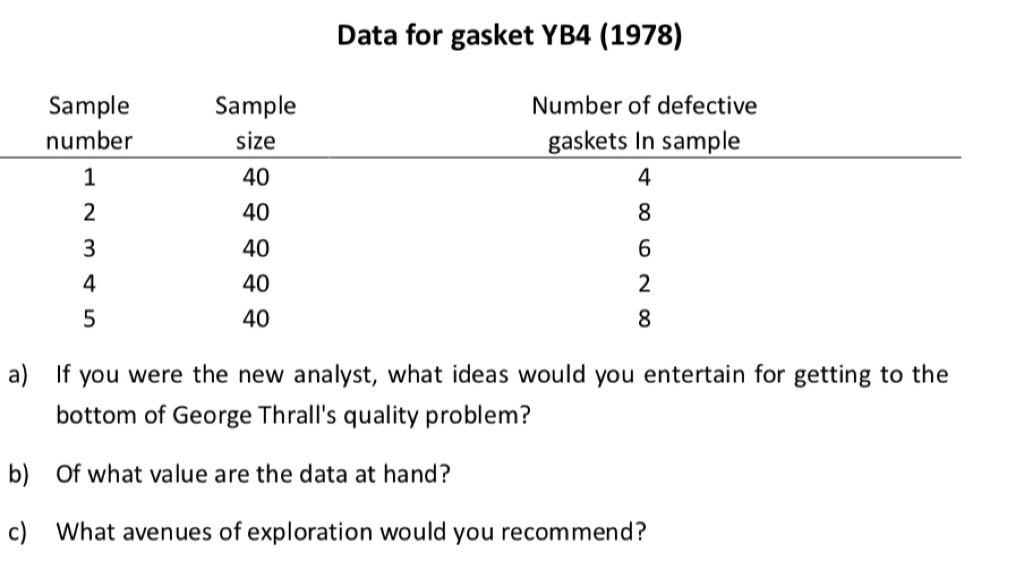