Question: background the notation palb is read as quotthe probability of... 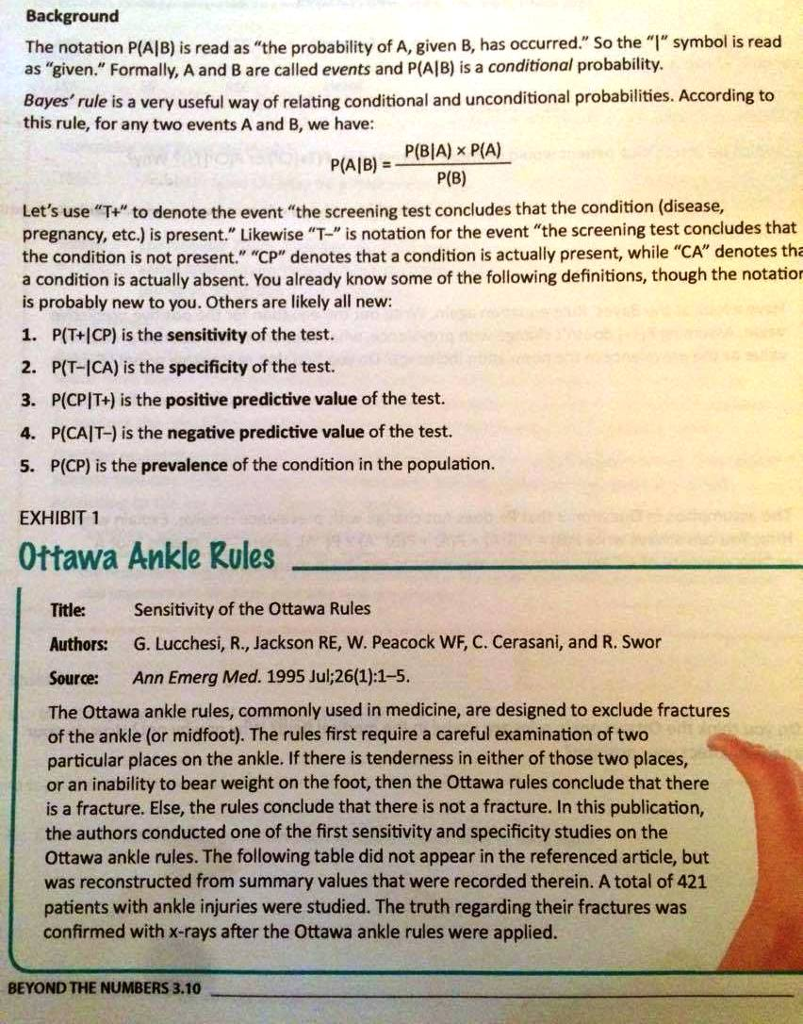 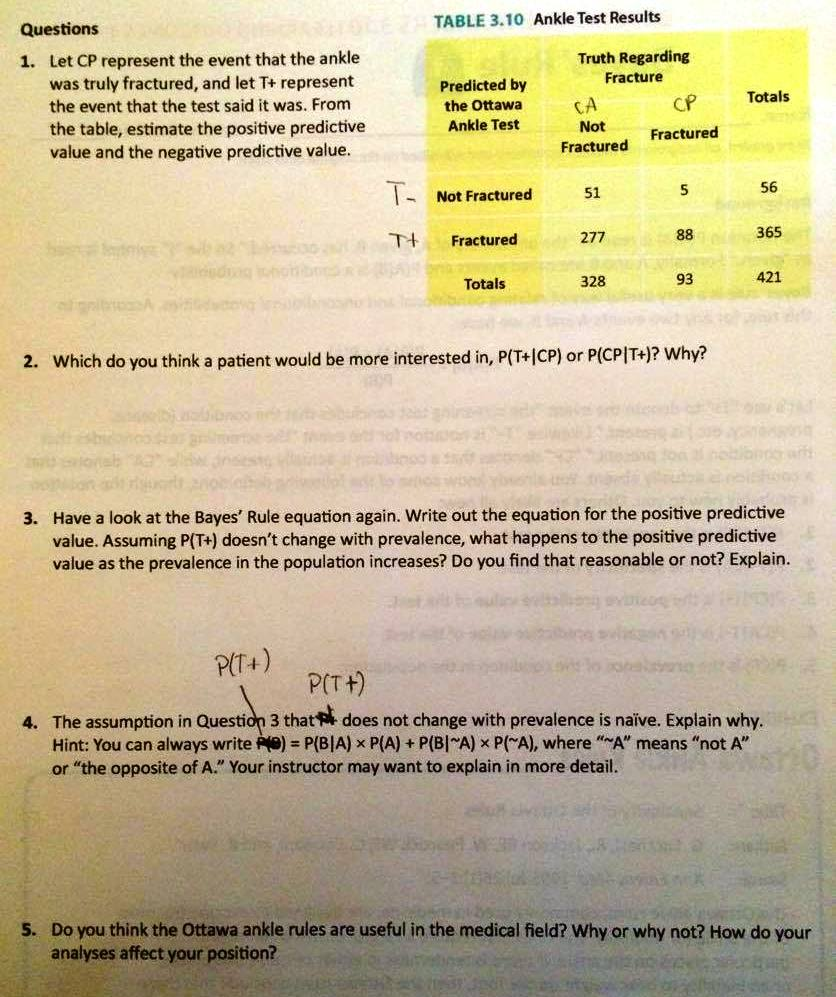 Background The notation P(AlB) is read as "the probability of A, given B, has occurred." So the "" symbol is read as "given." Formally, A and B are called events and P(AB) is a conditional probability Bayes' rule is a very useful way of relating conditional and unconditional probabilities. According to this rule, for any two events A and B, we have: P(B) Let's use "T+" to denote the event "the screening test concludes that the condition (disease, pregnancy, etc,) is present." Likewise "T- is notation for the event "the screening test concludes that the condition is not present." "CP" denotes that a condition is actually present, while "CA" denotes tha a condition is actually absent. You already know some of the following definitions, though the notation is probably new to you. Others are likely all new: 1. P(T+ICP) is the sensitivity of the test. 2. P(T-ICA) is the specificity of the test. P(CPIT+) is the positive predictive value of the test. 4. P(CAIT-) is the negative predictive value of the test. 5. P(CP) is the prevalence of the condition in the population. 3. EXHIBIT 1 Ottawa Ankle Rules Sensitivity of the Ottawa Rules G. Lucchesi, R., Jackson RE, W. Peacock WF, C. Cerasani, and R. Swor Title: Authors: Source: Ann Emerg Med. 1995 Jul:26(1):1-5 The Ottawa ankle rules, commonly used in medicine, are designed to exclude fractures of the ankle (or midfoot). The rules first require a careful examination of two particular places on the ankle. If there is tenderness in either of those two places or an inability to bear weight on the foot, then the Ottawa rules conclude that there is a fracture. Else, the rules conclude that there is not a fracture. In this publication, the authors conducted one of the first sensitivity and specificity studies on the Ottawa ankle rules. The following table did not appear in the referenced article, but was reconstructed from summary values that were recorded therein. A total of 421 patients with ankle injuries were studied. The truth regarding their fractures was confirmed with x-rays after the Ottawa ankle rules were applied. BEYOND THE NUMBERS 3.10