Corporations with international operations need to assess the risks associated with setting up and maintaining operations in different regions of the world. Consideration of the risks include considering such issues as political and economic stability. One indicator of the healthcare and quality of life in a country or region that is considered correlated with the risk and stability in the region is the child mortality rate. As a result, the healthcare and quality of care as measured by the child mortality rate in a region can impact the type and amount of investment in a region and countries within a region. The child mortality rate is the number of children 5 and under that die per thousand people in the population. The Inter-agency Group for Child Mortality Estimation (IGME) was obtained from www.childmortality.org. In 2008 the US rate was 7.6 deaths per thousand and in North America (US and Canada) the rate was 6.65 with a standard deviation of 0.68. The Excel file for this assignment has labels for the year, country name, and continent group. 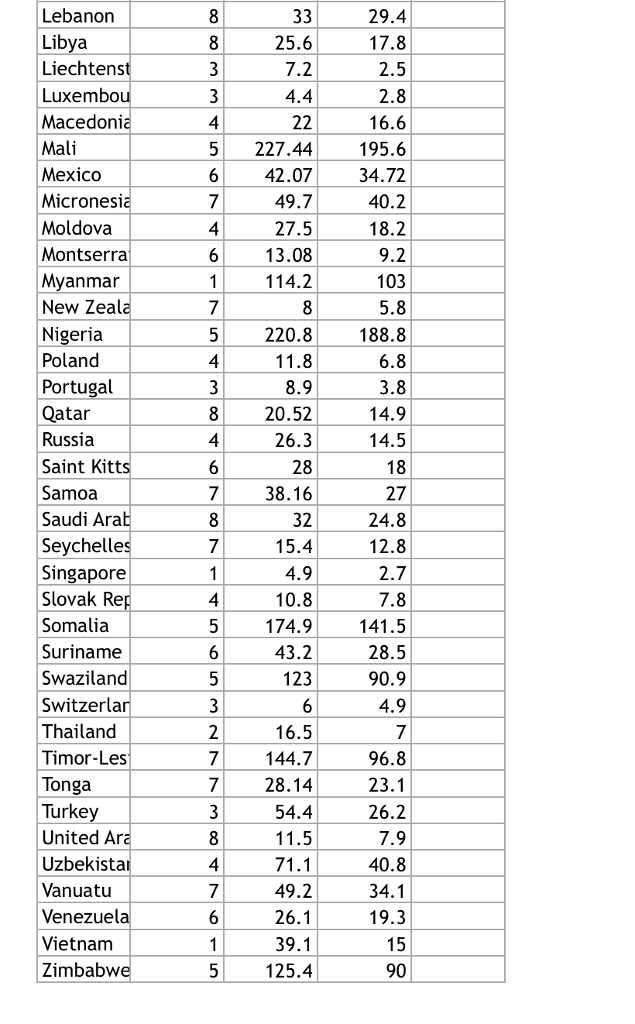