Consider the market for pens. Suppose that increased medical concerns over lead pencils have led schools to steer away from pencil use in favor of pens. Moreover, the price of ink, an important input in pen production, has increased considerably.

On the following graph, labeled Scenario 1, indicate the effect these two events have on the demand for and supply of pens 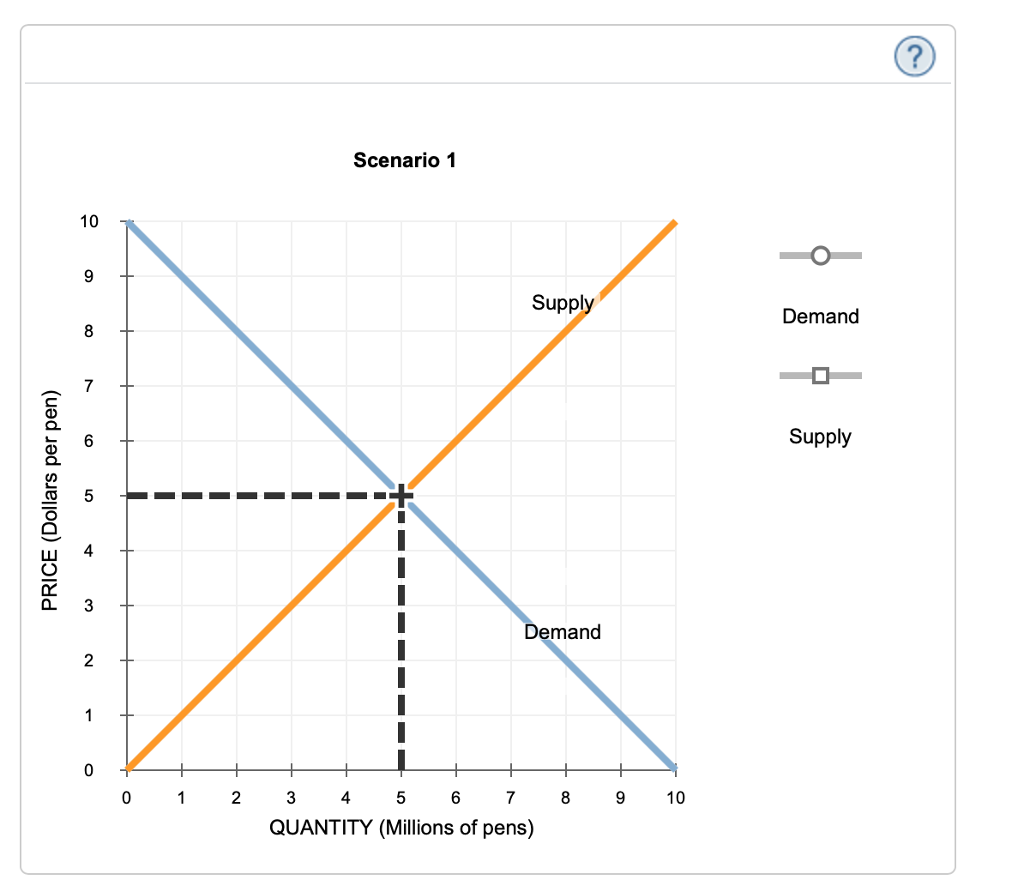 Next, complete the following graph, labeled Scenario 2, by shifting the supply and demand curves in the same way that you did on the Scenario 1 graph. 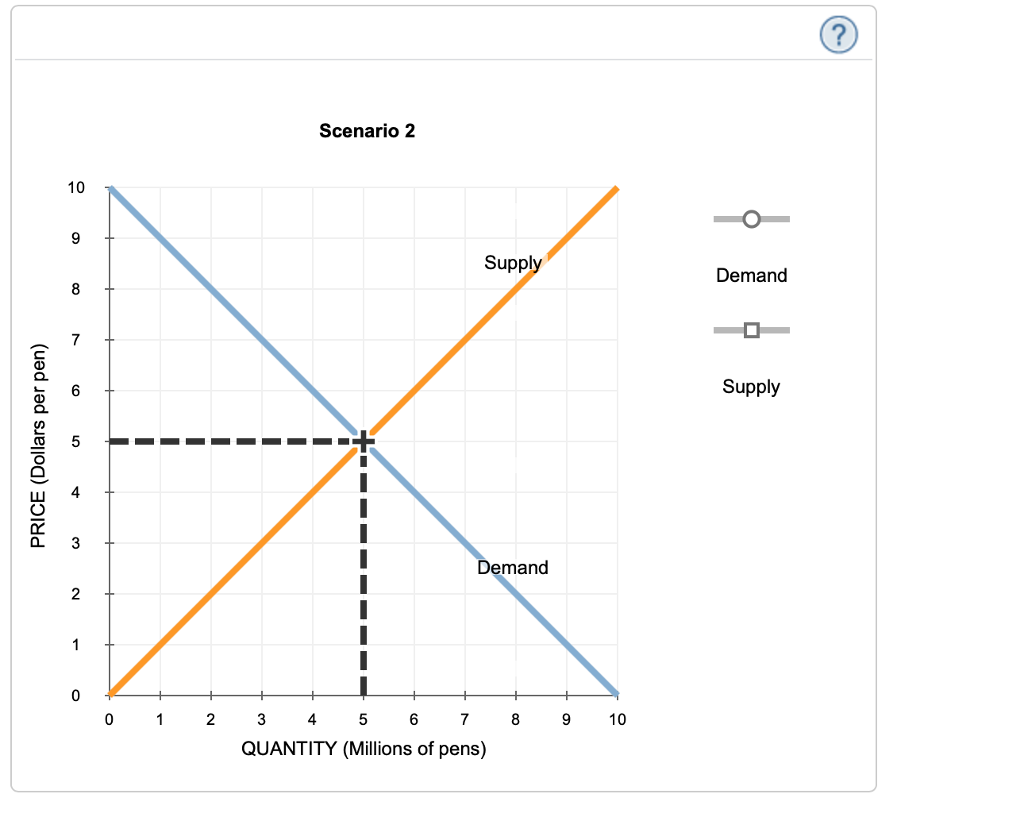 Compare both the Scenario 1 and Scenario 2 graphs. Notice that after completing both graphs, you can now see a difference between them that wasn’t apparent before the shifts because each graph indicates different magnitudes for the supply and demand shifts in the market for pens.

Use the results of your answers on both the Scenario 1 and Scenario 2 graphs to complete the following table. Begin by indicating the overall change in the equilibrium price and quantity after the shift in demand or supply for each shift-magnitude scenario. Then, in the final column, indicate the resulting change in the equilibrium price and quantity when supply and demand shift in the direction you previously indicated on both graphs. If you cannot determine the answer without knowing the magnitude of the shifts, choose Cannot determine.