Question: cruiser a was traveling east at 60 mih on a...

Cruiser A was traveling east at 60 mi/h on a police emergency call when it was hit at an intersection by car B, which was traveling south at high speed. After sliding together on the wet pavement, the two cars hit cruiser C, which was traveling north at 45 mi/h and was 63 ft from the intersection at the time of the first collision. Stuck together, the three cars hit a wall and came to a stop at D. Knowing that car B weighs 3600 lb and that each of the cruisers weighs 3000 lb, solve the problems below neglecting the forces exerted on the cars by the wet pavement and treating the cars as point masses. Knowing that the coordinates of point D are D x = 42 ft and D y = 46.5 ft, determine (a) the time elapsed from the first collision to the stop at D, (b) the speed of car B. 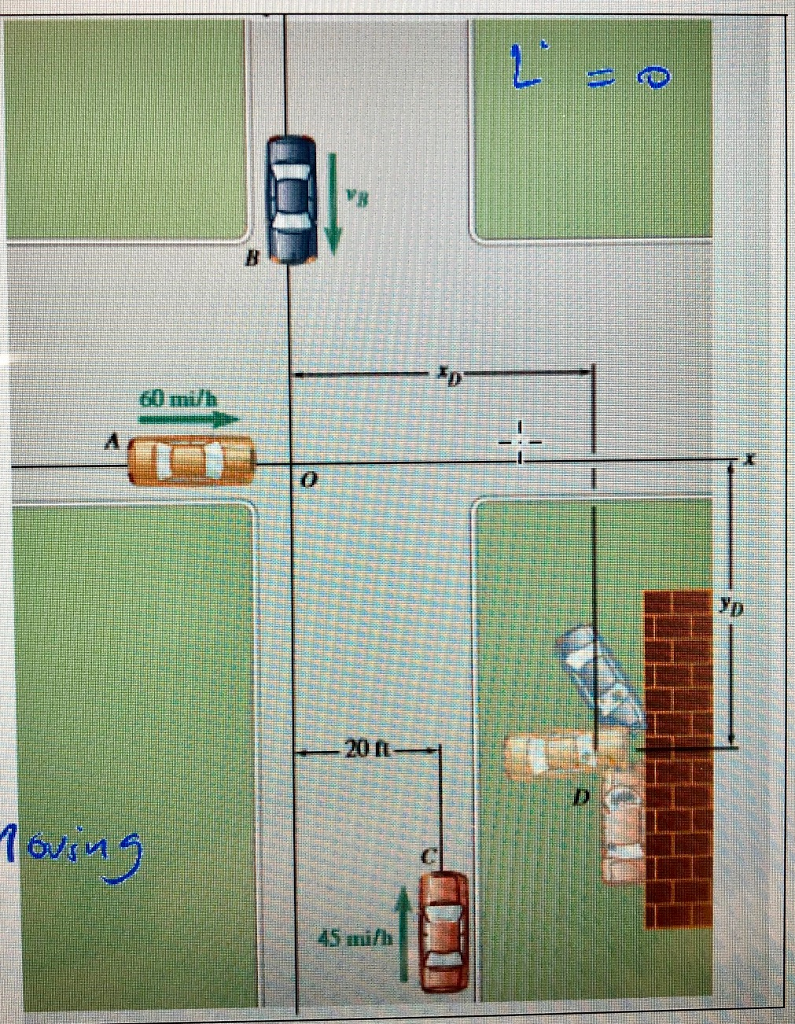