Question: d a fermenter has been contaminated by a foreign microbe... 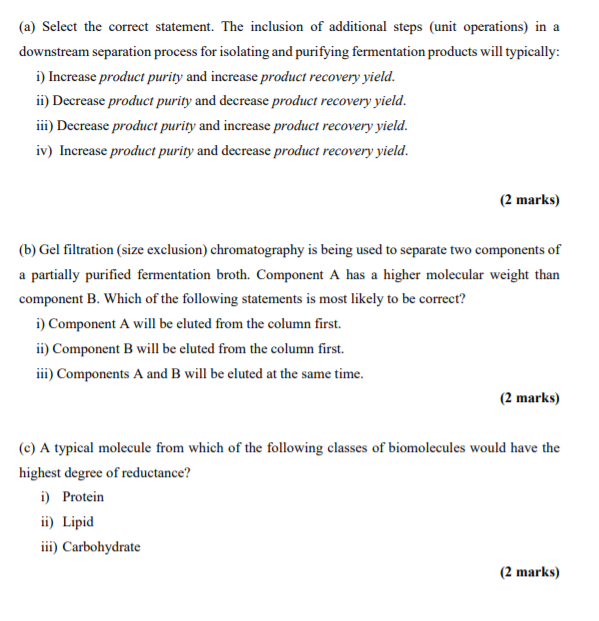 (d) A fermenter has been contaminated by a foreign microbe (i.e. a microbe other than the production strain). Select all answers from the following list that could be responsible for the invasion of the contaminating microbe. i) Inadequate sterilisation of the fermenter vessel.

ii) Addition of growth medium that had been heat-treated just enough to kill all the vegetative microbial cells.

iii) Cross contamination occurred during preparation of the cryopreserved culture used to produce the inoculum. iv) Insufficient concentration of the nitrogen source in the growth medium.

v) A sample taken from the fermenter was subsequently handled under non-aseptic conditions.

vi) Depth filter used to treat air sparged into the fermenter is wet. 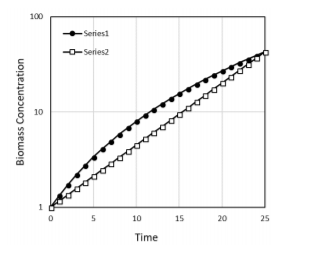 (f) An anabolic, growth-associated product is to be produced from glucose as a substrate by a heterotrophic facultative anaerobic microbe. If the microbes were grown anaerobically, rather than aerobically, the product yield from substrate would be:

(g) For a given microorganism, which form of continuous culture would be practically limited to operating at the lowest dilution rate?

i) Chemostat with immobilised cells