Question: during april the production department of a process manufacturing system...

Using the FIFO method, prepare the direct materials cost and the conversion cost per equivalent unit and assign April's costs to the department’s output. (Round "Cost per EUP" to 2 decimal places.) 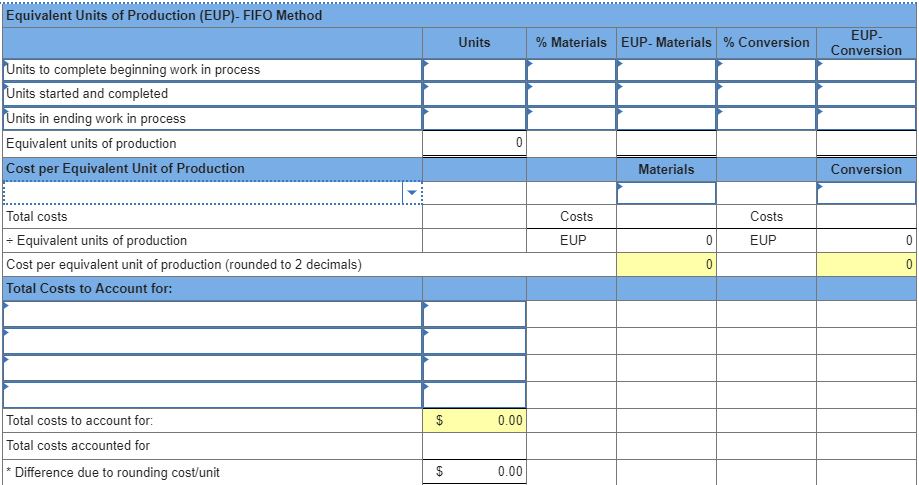 PLEASE use this table format.