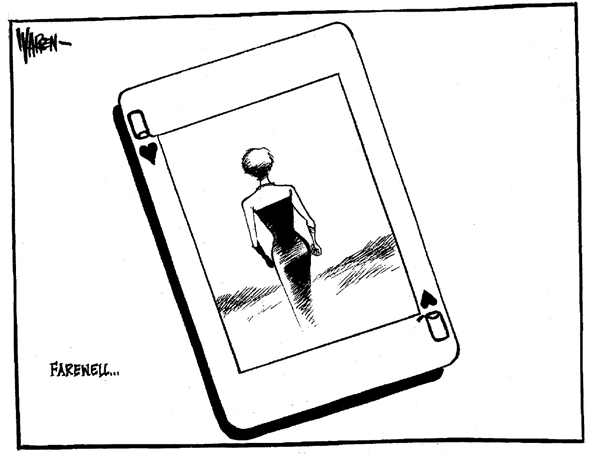 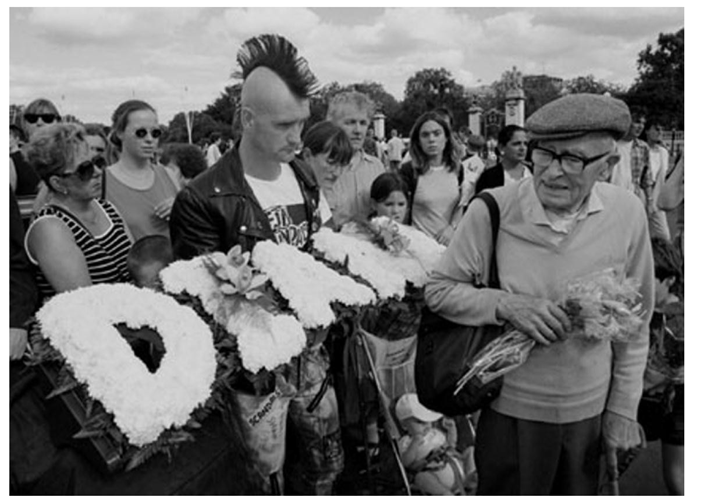 (a)  Image 1 is a cartoon which was published in an Australian newspaper on the day following Princess Diana’s death.

What is the meaning or message of the cartoon? How is this meaning constructed and conveyed?

(b)  Image 2 is a photograph that was taken in London soon after Princess Diana’s death.

What is the meaning or message of the photograph? How is this meaning constructed and conveyed?

(c)   Compare the photograph with the cartoon, commenting on their similarities and differences.

For each image, state what you think the composer’s context was. Identify the audience and describe the purpose of each image.

What effect does each image have on you as a responder?

Write approximately 300 words in total for this task.