Question: grounding means connecting an object to the earth by a... 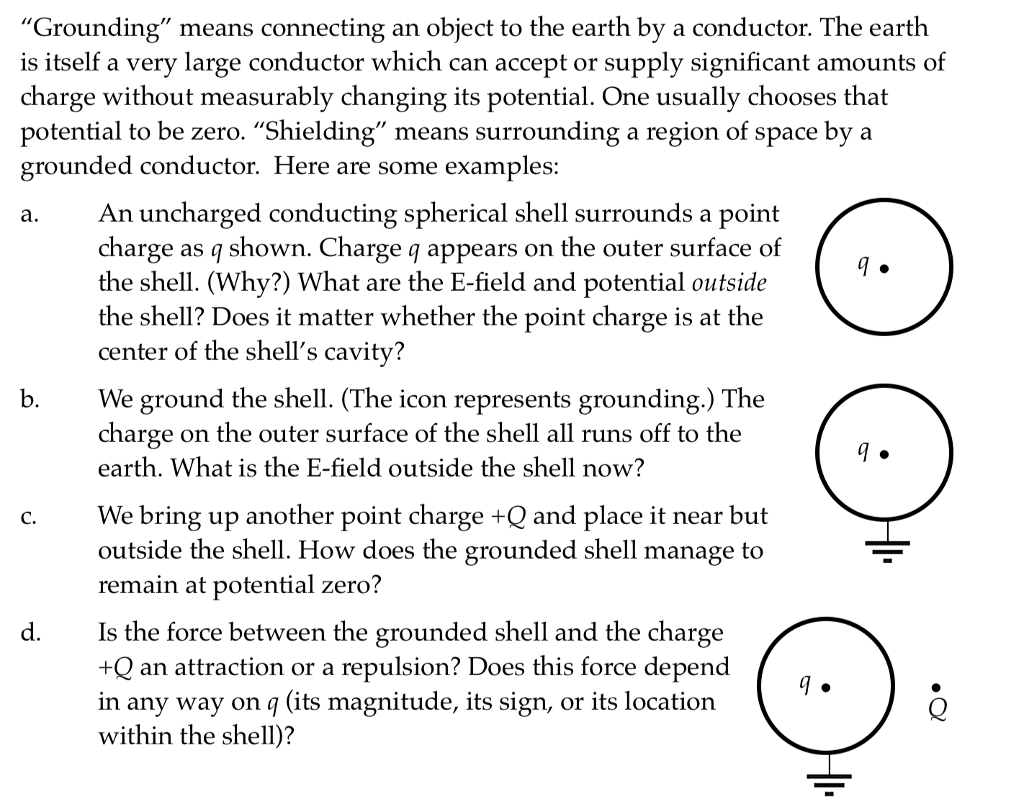 “Grounding” means connecting an object to the earth by a conductor. The earth is itself a very large conductor which can accept or supply significant amounts of charge without measurably changing its potential. One usually chooses that potential to be zero. “Shielding” means surrounding a region of space by a grounded conductor. Here are some examples:

a. An uncharged conducting spherical shell surrounds a point charge as q shown. Charge q appears on the outer surface of the shell. (Why?) What are the E-field and potential outsidethe shell? Does it matter whether the point charge is at the center of the shell’s cavity?

b. We ground the shell. (The icon represents grounding.) The charge on the outer surface of the shell all runs off to the earth. What is the E-field outside the shell now?

c. We bring up another point charge +Q and place it near but outside the shell. How does the grounded shell manage to remain at potential zero?

d. Is the force between the grounded shell and the charge +Q an attraction or a repulsion? Does this force depend in any way on q (its magnitude, its sign, or its location within the shell)?