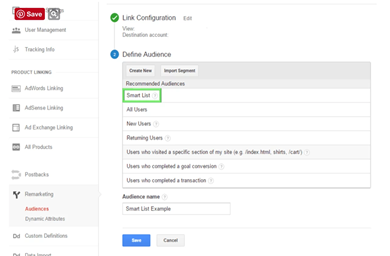 How Google Analytics is being used:

Google Analytics’ Smart Lists were used to automatically identify Global Tech LED prospects who were “most likely to engage”, and to then remarket to those users with more targeted product pages.

The click-through rate of Global Tech LED’s remarketing campaigns was more than two times the remarketing average of other campaigns.

Traffic to the company’s website grew by more than 100%, and was able to re-engage users in markets in which it was trying to make a dent, including South Asia, Latin America, and Western Europe.

Use of the Conversion Optimizer allowed Global Tech LED to better allocate marketing costs based on bid potential.

1.       Google analytics is a typical Web mining application. What type of Web mining is it? Please explain why you think so.   [5 marks]

2.       When using Google Analytics’ Smart Lists to analyse which users are more likely to engage, what data will be used as input? Please name at least three types of data.  [5 marks]