Question: hubert is a skilled toy maker who is able to...

Hubert is a skilled toy maker who is able to produce both trains and kites. He has 8 hours a day to produce toys. The following table shows the daily output resulting from various possible combinations of his time. 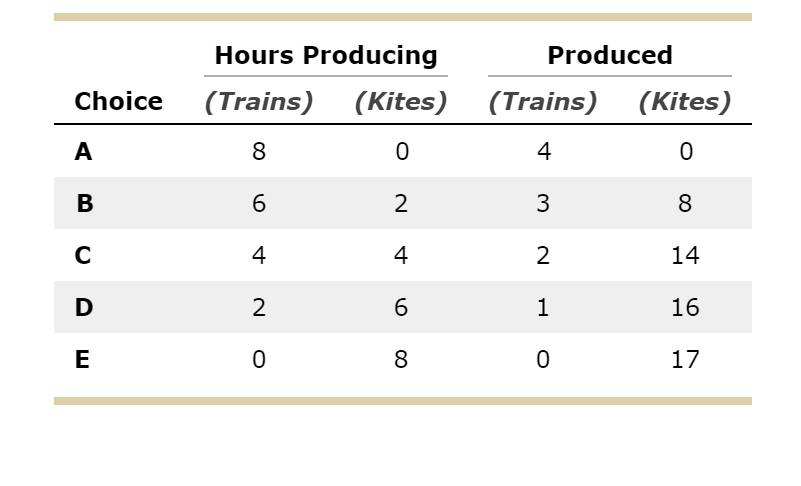 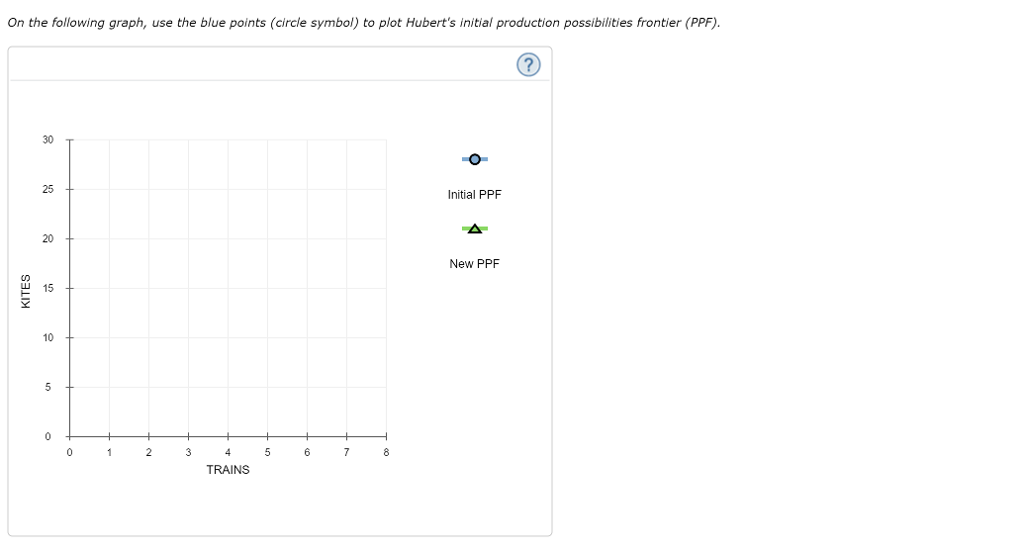 Suppose Hubert is currently using combination D, producing one train per day. His opportunity cost of producing a second train per day is _________ per day.

Now, suppose Hubert is currently using combination C, producing two trains per day. His opportunity cost of producing a third train per day is ______________per day.

From the previous analysis, you can determine that as Hubert increases his production of trains, his opportunity cost of producing one more train (increases, decreases, or stays the same.

Suppose Hubert buys a new tool that enables him to produce twice as many trains per hour as before, but it doesn't affect his ability to produce kites. Use the green points (triangle symbol) to plot his new PPF on the previous graph.

Because he can now make more trains per hour, Hubert's opportunity cost of producing kites is (Higher than, lower than, the same as) it was previously.