Part I of this case, presented in Chapter 3, discussed the situation of D’Leon Inc., a regional snack foods producer, after an expansion program. D’Leon had increased plant capacity and undertaken a major marketing campaign in an attempt to “go national.” Thus far, sales have not been up to the forecasted level, costs have been higher than were projected, and a large loss occurred in 2018 rather than the expected profit. As a result, its managers, directors, and investors are concerned about the firm’s survival.

Donna Jamison was brought in as assistant to Fred Campo, D’Leon’s chairman, who had the task of getting the company back into a sound financial position. D’Leon’s 2017 and 2018 balance sheets and income statements, together with projections for 2019, are given in tables 4.1 and 4.2 below. In addition, table 4.3 below gives the company’s 2017 and 2018 financial rations, together with industry average data. The 2019 projected financial statement data represent Jamison’s and Campo’s best guess for 2019 results, assuming that some new financing is arranged to get the company “over the hump.”

Jamison examined monthly data for 2018 (not given in the case), and she detected an improving pattern during the year. Monthly sales were rising, costs were falling, and large losses in the early months had turned to a small profit by December. Thus, the annual data look somewhat worse than final monthly data. Also, it appears to be taking longer for the advertising program to get the message out, for the new sales offices to generate sales, and for the new manufacturing facilities to operate efficiently. In other words, the lags between spending money and deriving benefits were longer than D’Leon’s managers anticipated. For these reasons, Jamison and Campo see hope for the company-provided it can survive in the short run.

Jamison must prepare an analysis of where the company is now, what it must do to regain its financial health, and what actions should be taken. Your assignment is to help her answer the following questions. Provide clear expectations, not yes or no answers.

Answer questions A-M; use the tables provided below. 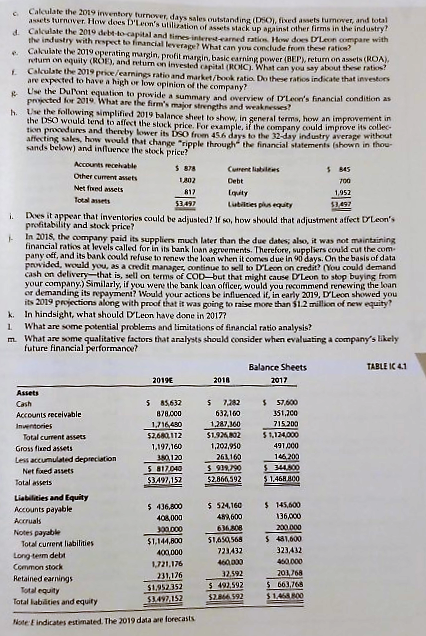 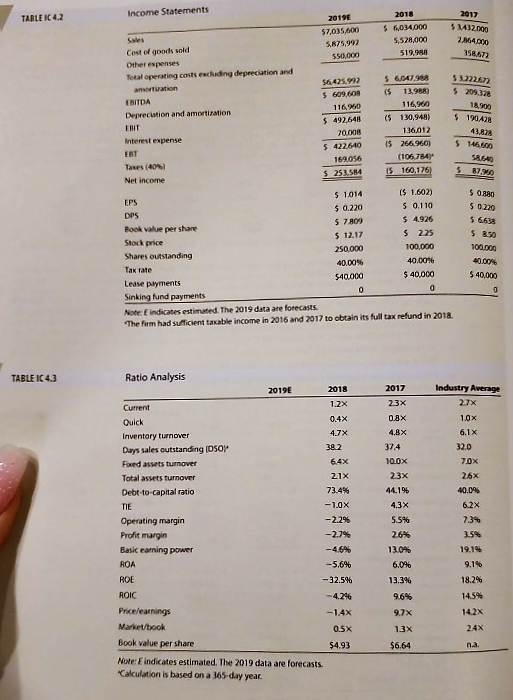