Question: pingelap is a tiny island in the pacific ocean that... 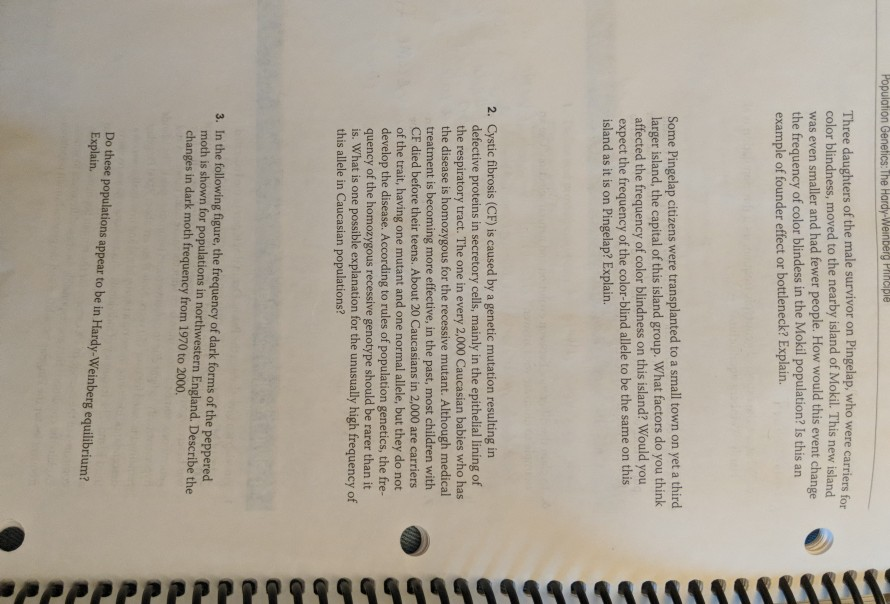 Pingelap is a tiny island in the Pacific Ocean that is part of the Federated States of Micronesia. In 1774 a typhoon devastated the island and of the 500 people who inhabited the island, only 20 survived. One male survivor was heterozygous for a rare type of congenital color blindness. After four generations, some children were born with complete color blindness and hypersensitivity to light due to defective cones (achromatopsia). The islands remained isolated for over 150 years. Now there are about 3,000 Pingelap descendants, including those on a nearby island and in a small town on a third island. The frequency of individuals who are homozygous recessive and have the disease is 5%, and another 30% is heterozygous carriers. This compares to the average of 1% carriers for the human population at large.

1. Explain the conditions that are responsible for these differences in genetic frequencies for the Pingelap population and the general human population.