Question: problem 1458 the 51lb block rests on the rough surface...

The 51-lb block rests on the rough surface for which the coefficient of kinetic friction is μk = 0.2. A forceF=(40+s2)lb, where s is in ft, acts on the block in the direction shown. The spring is originally unstretched (s = 0) and the block is at rest. 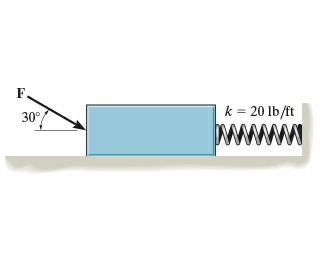 Determine the power developed by the force the instant the block has moved s = 1.5 ft.