ProForm acquired 80 percent of ClipRite on June 30, 2017, for $800,000 in cash. Based on ClipRite's acquisition-date fair value, an unrecorded intangible of $500,000 was recognized and is being amortized at the rate of $17,000 per year. No goodwill was recognized in the acquisition. The noncontrolling interest fair value was assessed at $200,000 at the acquisition date. The 2018 financial statements are as follows: 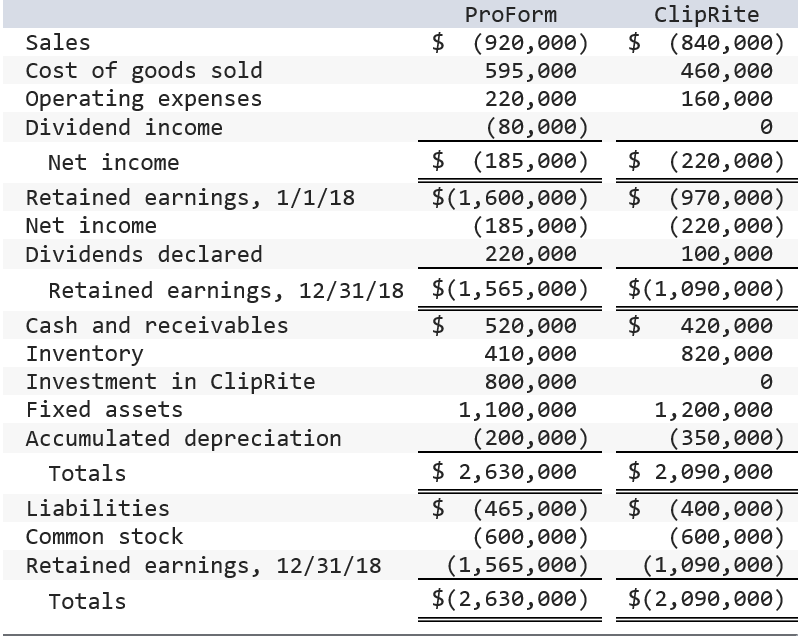 Determine the consolidated balances for the following accounts: 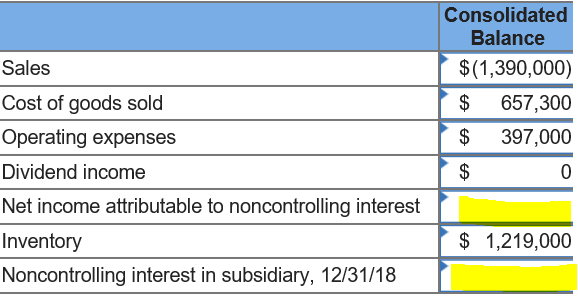