Question: provide the mycalculatorcontrollerjava code based on mycalculatorfxml code amp the...

Provide the MyCalculatorController.java Code based on MyCalculator.fxml code & the following information.

Please make sure the code works according to the attached calculator picture.

Please provide a screenshot of your output.

There are two main approaches to handling the events for a project such as this.

The approach you choose to handle the events is up to you.

Once this part of your project is completed you should be able to:

Sample out put from fxml 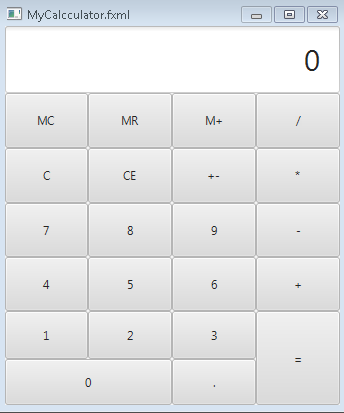