Question: question 3 8 marks a list two ways in which...

b) Describe the marital arrangements in ancient society for:

How did involvement in social and political life differ for women in ancient Greek and Roman
societies?  Refer to specific evidence in your response.

c) Assess the usefulness of the source below when investigating warfare in this period. 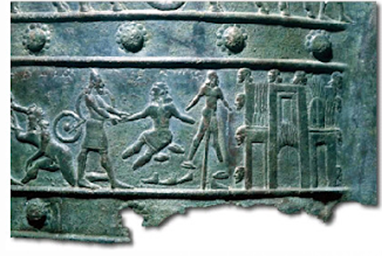 Bronze band from palace gates of Shalmanesar III (852BC)