Question: sun microsystems is a leading supplier of computerrelated products including...

Sun Microsystems is a leading supplier of computer-related products, including servers, workstations, storage devices, and network switches. In 2009, Sun Microsystems was acquired by Oracle Corporation. In the letter to stockholders as part of the 2001 annual report, President and CEO Scott G. McNealy offered the following remarks: Fiscal 2001 was clearly a mixed bag for Sun, the industry, and the economy as a whole. Still, we finished with revenue growth of 16 percent—and that's significant. We believe it's a good indication that Sun continued to pull away from the pack and gain market share. For that, we owe a debt of gratitude to our employees worldwide, who aggressively brought costs down—even as they continued to bring exciting new products to market.

The statement would not appear to be telling you enough. For example, McNealy says the year was a mixed bag with revenue growth of 16 percent. But what about earnings? You can delve further by examining the income statement in Exhibit 4. Also, for additional analysis of other factors, consolidated balance sheet(s) are presented in Exhibit 5. 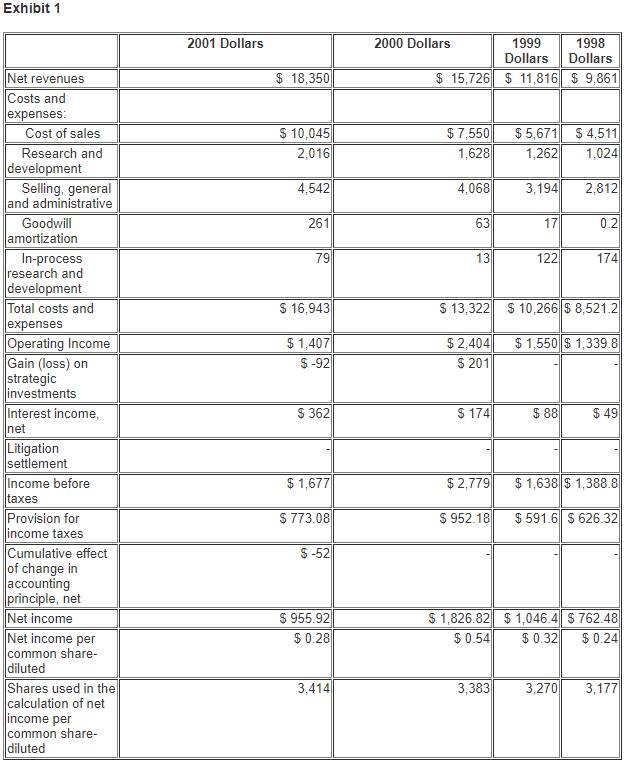 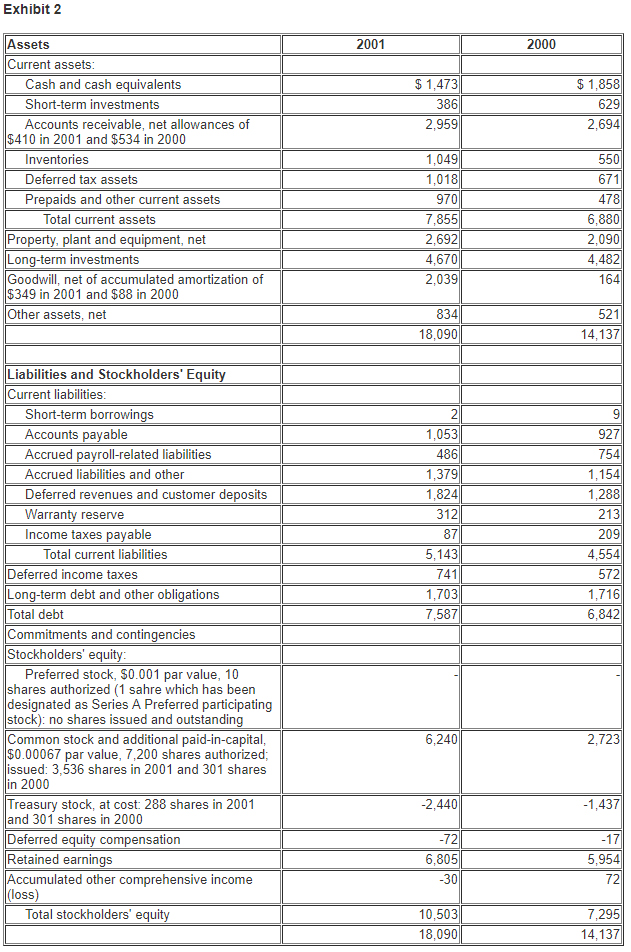