Question: table 1 shows the number of females infected with hiv...

Table 1 shows the number of females infected with HIV (indicated as HIV+) in a population in which less than 10% of individuals are able to access anti-retroviral therapy. Women that attend antenatal clinics are routinely screened for HIV. Although this is a hypothetical population the prevalence of HIV indicated in Table 1 is similar to what was observed in some areas of sub-sahara Africa in the year 2000. The main modes of transmission of HIV include via unprotected sex, contaminated blood products (including through intravenous drug use) and from mother to child. Lack of access to anti-retroviral therapy results in high rates of HIV transmission and untreated HIV infection typically leads to death in <10 years in adults; shorter duration for children. Anti-retroviral therapy is not a cure and a person remains HIV+ while on treatment. However, treatment can reduce the amount of circulating virus in the body (viral load) and this is associated with reduced risk of transmission.

A) Discuss the possible reasons for the differences in the prevalence of HIV infection in the different age groups. (3 marks)

B) Explain what measure(s) could be used to determine if increased access to antiretroviral therapy in this population decreased infections? (2 marks) 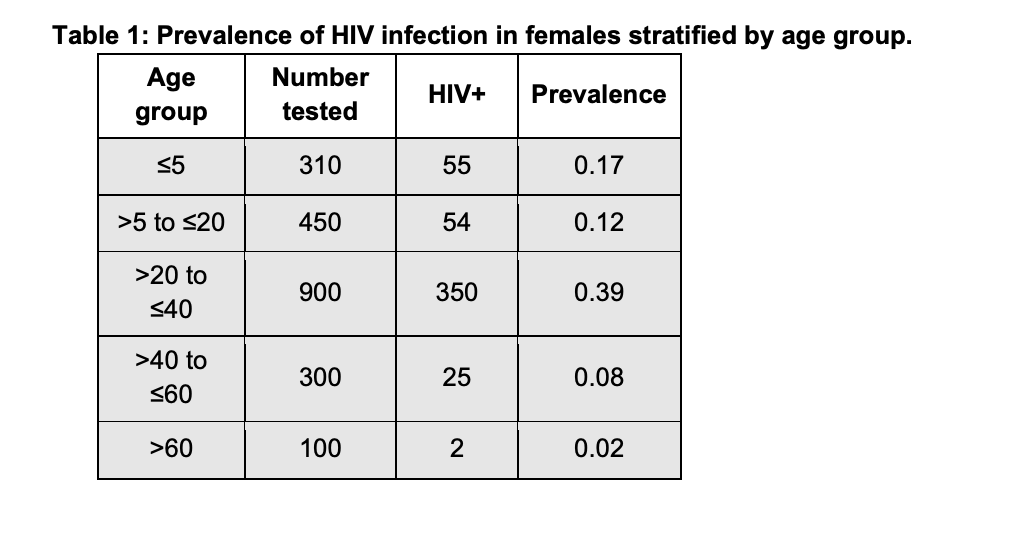