Terry has three main classifications of employees: management, designers, and production workers. In order to retain their qualified design (or research) staff, Terry has offered them a small defined benefit pension if they remain with the company until their retirement. Terry’s management team has been provided with a 401(k) (despite numerous complaints from the management team that they also deserve a pension). Since the production team traditionally turns over very quickly with little adverse effect on the company, Terry does not provide any pension or 401(k) contributions for these workers. Instead, they have provided them with opportunities to contribute into self-funded retirement plans. At the end of Year 2, the pension benefit obligation for the design team was $4,131,000 and the plan was fully funded (i.e. plan assets were also $4,131,000). They also had no balance in accumulated other comprehensive income for pensions. Because of this, the pension did not appear on Terry’s Year 2 balance sheet. The pension expense and contributions for Year 3 have not yet been recognized.

On December 31st, Terry contributed $1,562,000 to management’s 401(k) and $520,506 to the designer’s pension fund. On that same day, Terry received the following information from their actuarial firm:

2) The expected return on plan assets was 7.0% and the discount rate on the pension benefit obligation was 6.0%.

3) The actuarial adjustment to the obligation for the year reduced the projected obligation by $39,960. The plan’s administrator reported that the plan paid out $598,582 in benefits for the year and had an ending asset balance of $4,544,100.

1) Fill out a pension worksheet for the changes to the defined benefit pension.

2) Make the appropriate journal entries, if any, to account for the pension costs (including any necessary changes to income tax expense). Assume that compensation for the design team is recorded as part of R&D Expense.

3) Make any necessary changes to the financial statements. Please see the hints about the special adjustment to the Statement of Cash Flows.

4)Calculate the three (3) ratios after you make any adjustments. 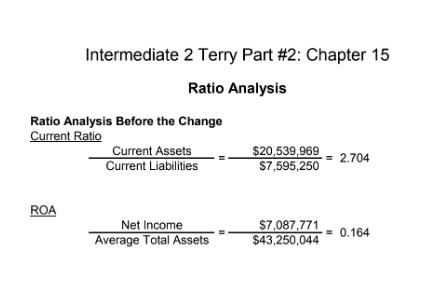 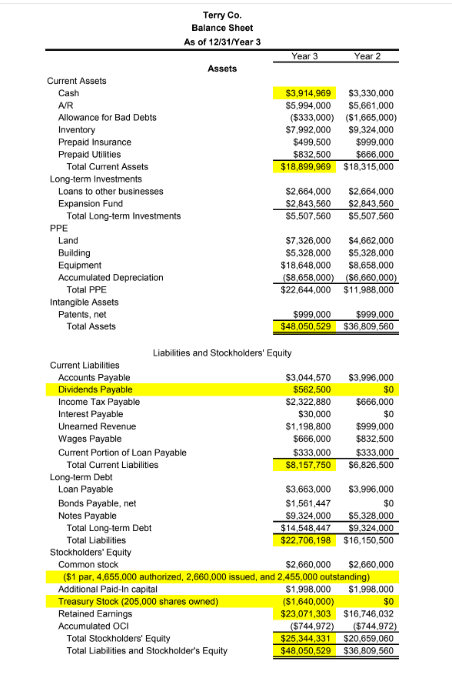 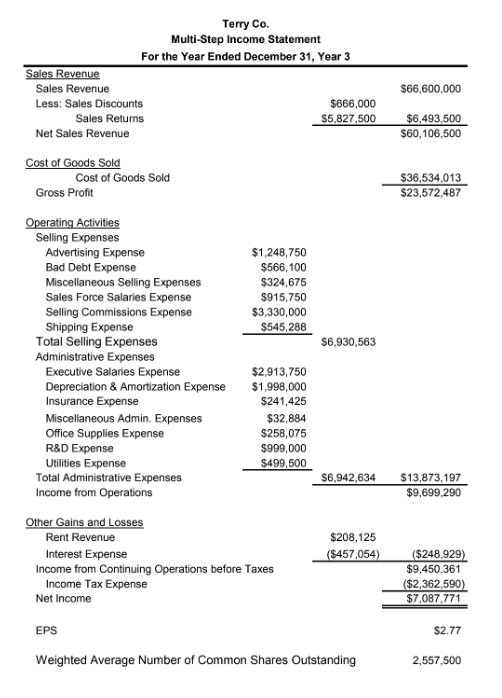 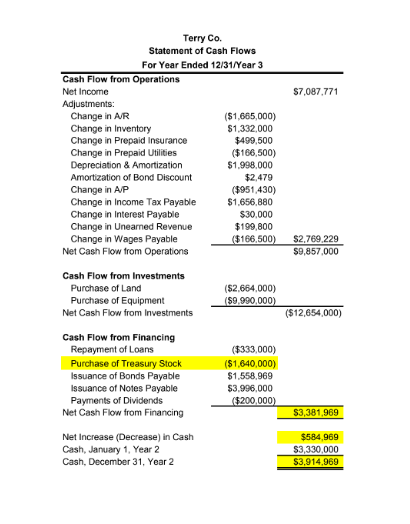