Question: the production department in a process manufacturing system completed 92000...

Prepare the department’s equivalent units of production with respect to direct materials under each of the three separate assumptions using the FIFO method for process costing. 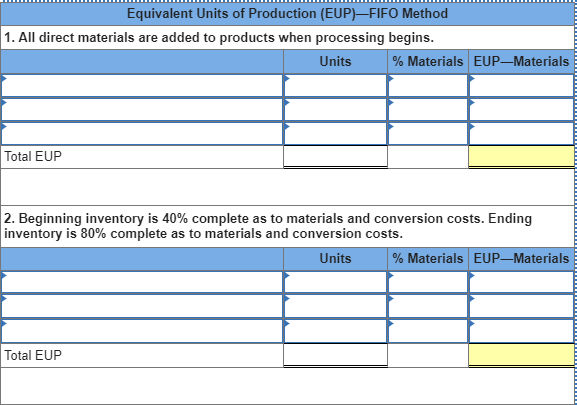