Question: the shankandfoot system during walking is shown in the figure...

The shank-and-foot system during walking is shown
in the figure to the right. A force J and a moment M
from the human body are transmitted to the knee joint
K. Mass of the shank is 3.75 kg and its weight S is
acting at point A. Mass of the foot is 0.75 kg and its
weight F is acting at point B. The resultant reaction
force R acts at H at an angle α as shown in the figure.
Given that the shank-and-foot system is in
equilibrium,
(a) Write down force equilibrium equations in the xand
y- axes.
(b) Write down the moment equilibrium equation about
the heel H.
(c) Calculate the reaction force R, angle α and moment M.
(Take the gravitational acceleration g = 10 m/s2) 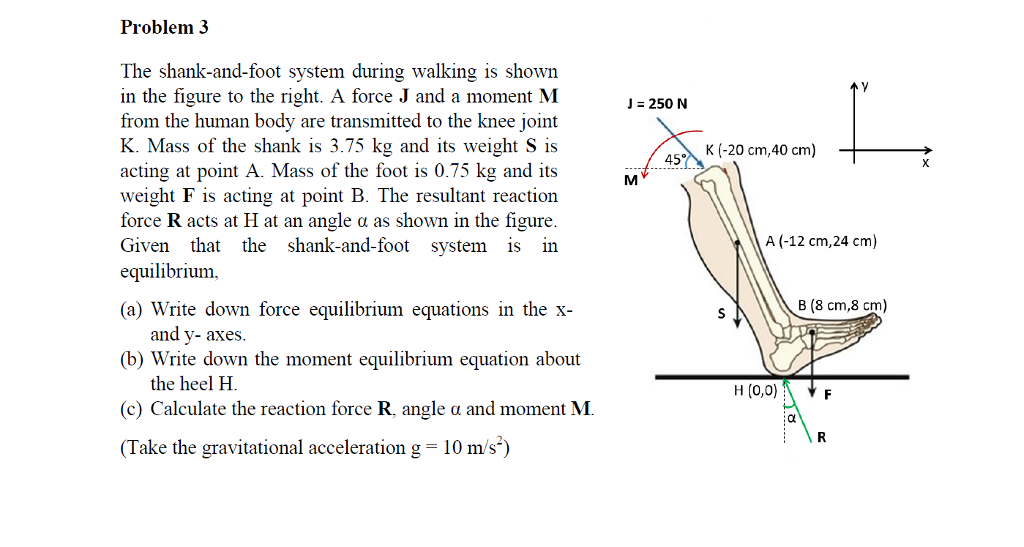