Question: when a country has a comparative advantage in the production...

The following graphs show the production possibilities frontiers (PPFs) for Freedonia and Sylvania. Both countries produce grain and coffee, each initially (i.e., before specialization and trade) producing 12 million pounds of grain and 6 million pounds of coffee, as indicated by the grey stars marked with the letter A. 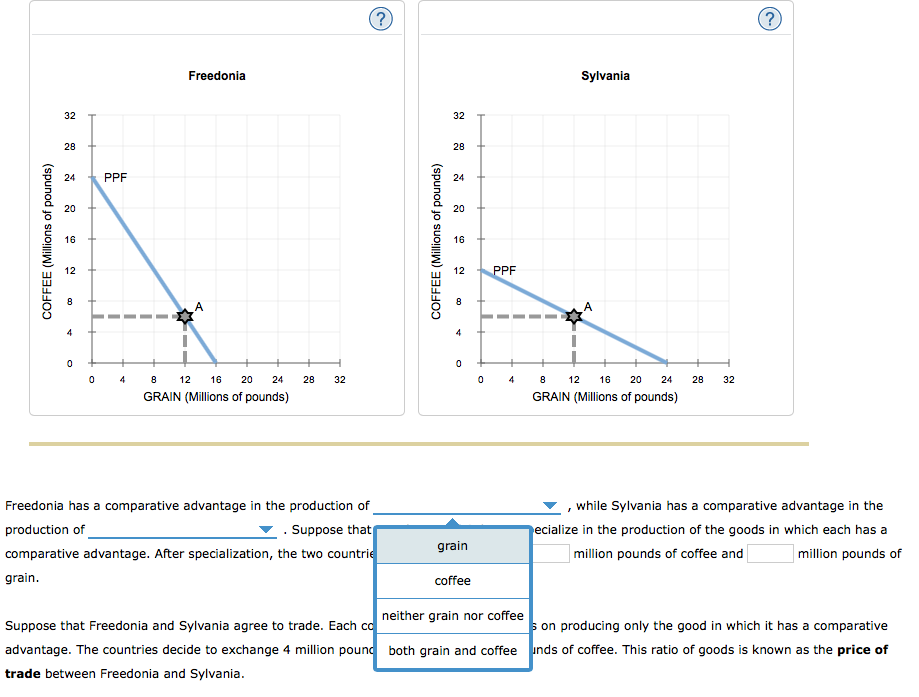 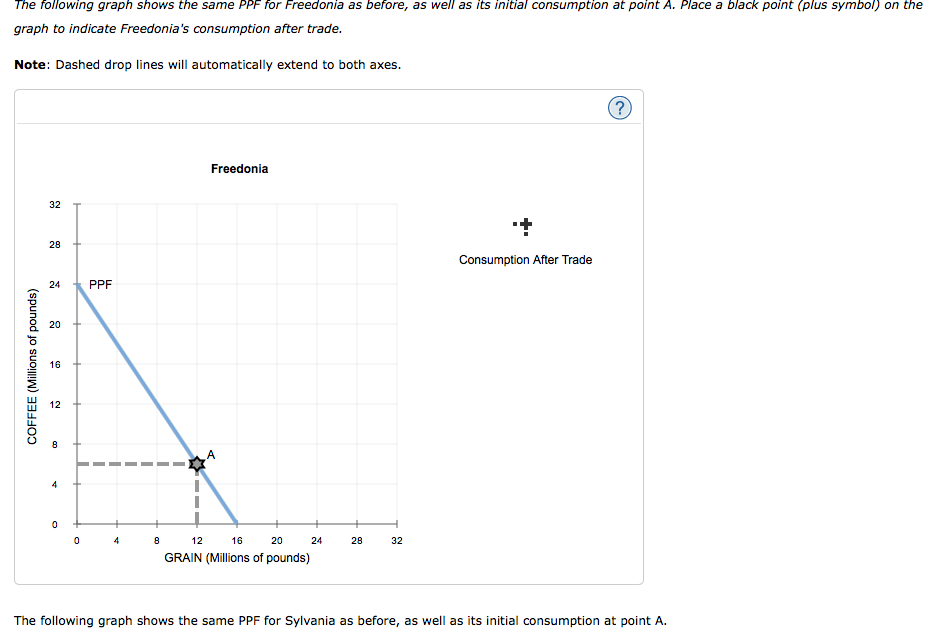 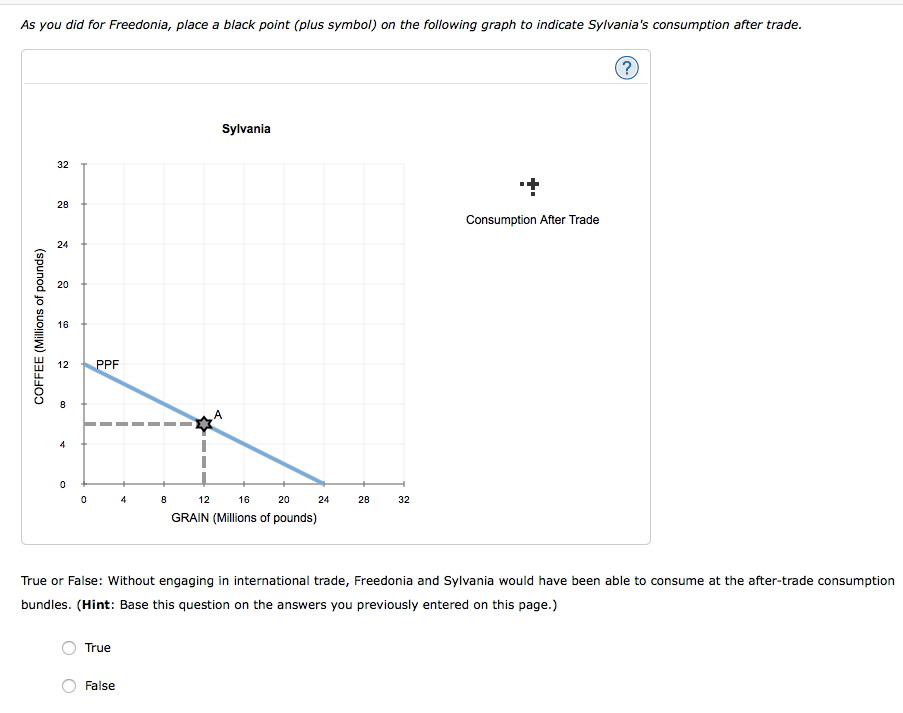